"The Magic of Putting on a Broadway Show, Wardrobe Edition"- LifeLong Learning Program 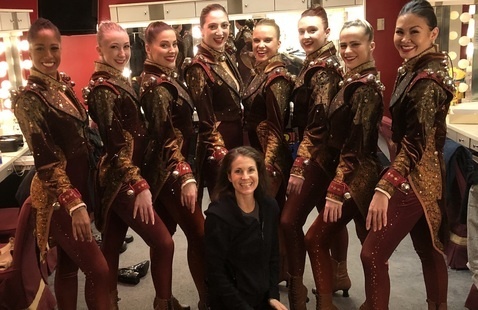 Go behind the scenes with veteran Broadway Dresser Lolly Totero and learn what it takes to put on and run a Broadway show from the perspective of the wardrobe (costume) department. Lolly will share her story and the tips and tricks it takes to create the magic Broadway audiences enjoy eight times a week.

Presenter: Lolly Totero has been a member of Theatrical Wardrobe Union Local 764 since 1994. Over her two plus decade career she has worked as an ensemble, principal, and star dresser, and supervisor in the wardrobe department of dozens of Broadway shows. She has also traveled the country on tour. She is currently working on the hit Broadway musical “The Music Man”, at the Wintergarden Theatre starring Hugh Jackman and Sutton Foster.

Free to LLP members and students, $5 per session for not-yet-members