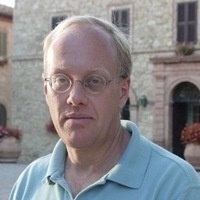 Upon Coleman's passing, Hedges wrote a beautiful essay describing Coleman as a professor and mentor with a passion for teaching and a profound ability to inspire his students to learn.

Coleman Barr Brown, beloved professor of philosophy and religion and university chaplain, for whom Brown Commons is named was fond of saying that in each of us we find a "seeker, believer, and doubter." With the creation of this signature series, Brown Commons honors Coleman's legacy as a champion of human rights and the "ethical center" of Colgate's Universe. Please join us for this the second installment in this annual series.

This event is generously co-sponsored by the Alumni Memorial Scholars program.

Register
This event content is powered by the Localist Community Event Platform.