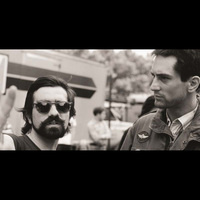 Professor Paul Lopes from the Department of Sociology and Anthropology

Brief Description: This talk is about the public story of the iconic American filmmaker Martin Scorsese. Public stories are the collective conversations about art worlds, artists, and their art found in newspapers, magazines, journals, books, film, television, radio, conferences, exhibitions, or award ceremonies. For the first three decades of his career, Scorsese’s public story linked his experience as a young Italian American boy in Little Italy, NYC to his films. At the turn of the century, however, his public story suddenly linked Scorsese’s experience to the broader experience of the “new immigrants” who came to the United States from Europe in the 1800s and early 1900s. Scorsese suddenly self-identified as a White-Ethnic American with roots in Ellis Island as well as Little Italy. This talk is about how Scorsese’s embrace of the myth of American Hyphen-Nationalism – how European Ethnic-Americans define the American Experience – shows the power of the American racial imagination to shape the art and public story of one of the most celebrated artists in American film.

Next Lunch will be on Apr 16th with Professor Song!