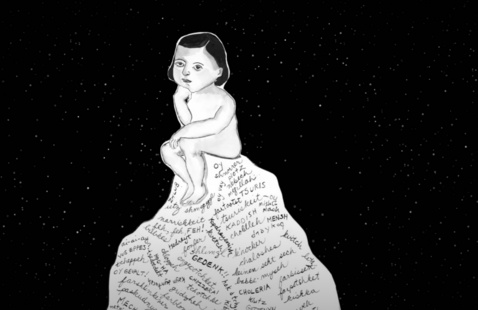 Faced with the challenges of re-presenting the horrors of the Holocaust and the trauma of its survivors, directors including Daniel Sivan, Mor Loushy, Ann Marie Fleming, and Johan Oettinger use animated short films interspersed with archival footage, human features (real human eyes give life to the cracked porcelain faces of the characters in one film), documentary techniques, bittersweet comedy, and poetry. By exposing the artifice of the medium and revealing its intentionality through animation, these films redefine the concept of “authenticity” (commonly used as a criterion in the critical assessment of Holocaust films) while posing new questions about film genre and the role of films in bearing witness to the atrocities of the Holocaust and its aftermath.

Co-sponsored by Peace and Conflict Studies and Jewish Studies.