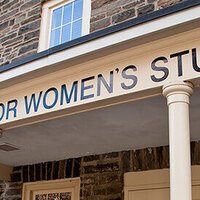 In this talk, I examine the structural factors impacting violence against women in post-Soviet Cuba and assess the gender and sexual rights campaigns that have emerged in the last decade. Following the 1991 collapse of the Soviet Union, the Cuban state suffered a major crisis that led to its transformation into a tourist-based economy. While the turn to a tourist economy has exacerbated the racial and class inequalities the Cuban Revolution defined itself against, I ask: how have gender and sexual rights fared in this period of liberalization and commodification? I argue that the rise of digital activism on the island in recent years has made it possible for independently organized Cuban activists to counter government propaganda around incidents of gender-based violence. More specifically, I look at the crucial role of social media in exposing acts of femicide on the island.

Academics, Gender and sexuality, Global and international, Arts and Humanities