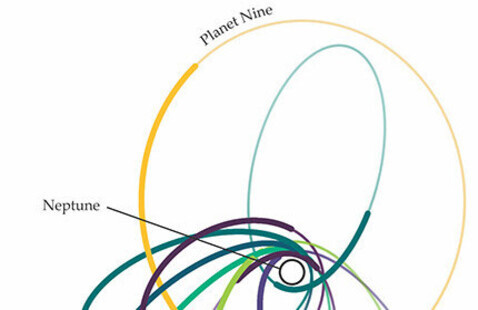 Mike Brown, Richard & Barbara Rosenberg Professor of Planetary Astronomy at California Institute of Technology, will present. In the past 175 years, more than 30 separate astronomers have suggested the existence of a giant planet beyond Neptune. They have always been wrong. In 2016, Konstantin Batygin and I joined the list, suggesting that Planet Nine, at a distance perhaps 20 times greater than that of Neptune, is the only plausible explanation for a wide range of phenomena in the distant solar system. I’ll talk about why we think Planet Nine is real, how we’re continuing to develop our hypothesis, and what we are doing to track down this elusive planet and when we might find it. Or why we, too, might be wrong.