By Peace and Conflict Studies Program 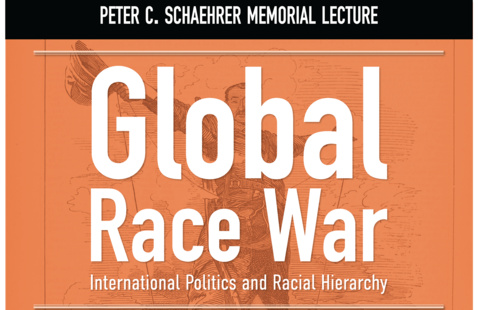 Barder will discuss his latest book Global Race War: International Politics and Racial Hierarchy, an exploration of the formation of a global racial worldview that took hold in the early part of the 19th century. Barder will discuss how race and racial violence were crucial to the formation of the global order over a period of two centuries; how racial violence and warfare proliferated in defense of racial hierarchy in moments when such hierarchy was perceived to be in crisis; and how the racial order continued after the second world war through the racialization of cultural and civilizational attributes. Barder will draw upon salient moments in 19th century and 20th century political history, from the Haitian Revolution, the Armenian Genocide of 1915, the Nazi Holocaust, the Global War on Terror and more contemporary fears of "racial replacement" in Europe and the US. Contemporary instances of white supremacist violence — from Norway to New Zealand to the United States — should thus be understood as a part of a larger historical legacy of a historical racial worldview that needs to be recognized and combated.