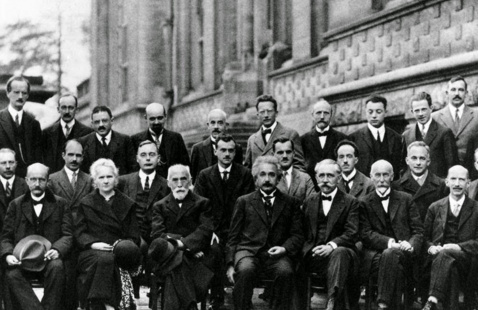 Why aren’t more theories named after women?: Identifying past barriers and their echoes in the present.  Presented by Professor Beth Parks, Physics & Astronomy Department.

Much effort has been expended to uncover forgotten contributions by women in physics and publicize examples of female physicists to students, largely to help female students see themselves in physics. However, despite these efforts, the ideas taught in college courses were almost all formulated by men.  When we consider the social context in which these most influential physicists worked, it’s no surprise that women were so under-represented. This talk will present a brief sampling of history, looking at the opportunities available to three important male physicists—James Clerk Maxwell, Robert Millikan, and Albert Einstein—and comparing them to opportunities available to their female peers.  It's important for faculty to be aware of this history and so that they can acknowledge the disparity in representation and explain its origins.  Prof. Parks will conclude by showing a few ways in which this history still echoes today and suggesting ideas for moving forward.

Virtual weblink: https://zoom.us/j/99595774508 The webinar requires the password: nasc (all lowercase). The NASC colloquium link also requires you to have a registered Zoom account but does not require you to have a Colgate account. We are hoping these restrictions will make the talks as widely accessible as possible, while minimizing security risks.