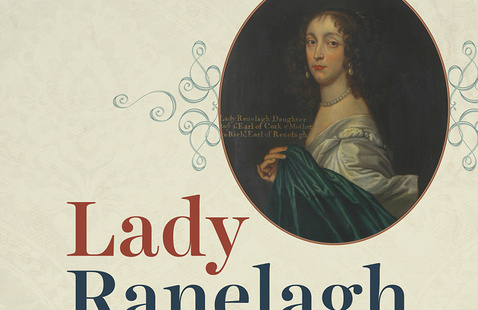 Robert Boyle’s sister, Lady Katherine Ranelagh (1615-91), has been long remembered as an influential figure in his life, but the full extent of her contributions has not been known until today. Drawing on over a decade’s worth of archival research, Michelle DiMeo recreates the intellectual life of one of the most respected and influential seventeenth-century women. Lady Ranelagh emerges as an influential figure in her own right, shaping contemporary discourse around science and medicine. Philosophers, mathematicians, and politicians all sought her opinion on everything from decimalizing the currency to producing chemical therapeutics. This seminar will give an overview of her extraordinary life, which overlapped with significant historical events such as the English civil war and the founding of the Royal Society. Dr. DiMeo will also consider how a woman managed to gain the admiration of diverse contemporaries without attracting criticism for overstepping traditional gender boundaries.