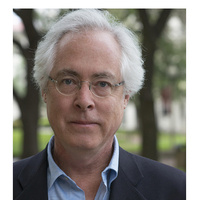 Louis Menand, Author of The Free World: Art and Thought in the Cold War

Louis Menand is Lee Simpkins Family Professor of Arts and Sciences and Anne T. and Robert M. Bass Professor English at Harvard. He is a staff writer for The New Yorker. His books include The Metaphysical Club, which won the Pulitzer Prize for History and the Francis Parkman Prize from the Society of American Historians. In 2016, he was awarded the National Humanities Medal by President Barack Obama. In 2021, he published The Free World: Art and Thought in the Cold War.