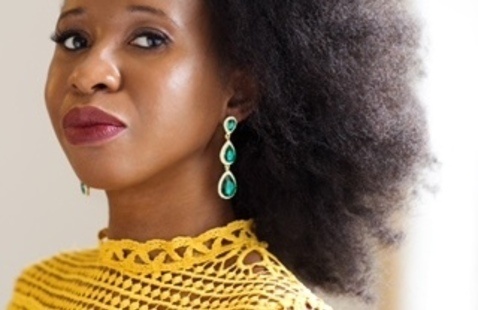 Living Writers presents Imbolo Mbue. This event is free and open to the public.

Imbolo Mbue is the author of a debut novel, Behold the Dreamers, which won the PEN/Faulkner Award for Fiction and was an Oprah’s Book Club selection. The novel has been adapted into an opera and a stage play, and optioned for a miniseries. Her second novel, How Beautiful We Were, about a fictional African village’s fight against an American oil company, was named by The New York Times as one of the top 10 books in 2021 and was longlisted for the PEN/Faulkner Award. People called it “a brilliant exploration of modern colonialism and capitalism—and the fight for justice.” A native of Limbe, Cameroon, and a graduate of Rutgers and Columbia Universities, Ms. Mbue lives in New York.

How Beautiful We Were is the Colgate Community read.

Co-sponsored by the Arnold A. Sio Chair in Diversity & Community, Africana & Latin American Studies Program, and the Core Program.

If you cannot join us in person and would like to attend via Zoom, registration is required. Register for Living Writers 9/22

Living Writers is hosted by the English Department with generous support from the Olive B. O'Connor Fund and the Offices of the Dean of the Faculty and the President.  A signature program of Colgate University since 1980, Living Writers is a master class in how works of literature come to be.