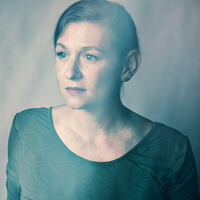 CJ Hauser’s new novel, Family of Origin, has been described by one critic as “full of wonders.” Her debut, The From-Always, came out in 2014. Among her many awards and prizes are the iMcSweeney's Amanda Davis Highwire Fiction Award, The Jaimy Gordon Prize in Fiction, and Narrative's Short Story Award. Her stories and essays have appeared in Tin House, Narrative Magazine, TriQuarterly, and The Kenyon Review, among others. She is an assistant professor of English at Colgate University.