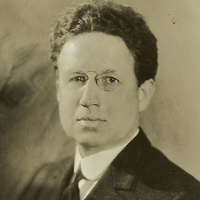 Born 1878, Colgate graduate, class of 1900, Harry Emerson Fosdick was a Protestant minister, ordained in 1903 after Divinity study at Union Theological Seminary. He was a pivotal figure in the Liberal-Fundamentalist split in American Protestantism in the 1920s; founding pastor of John D. Rockefeller’s Ecumenical Riverside Church in Manhattan, 1930; author of nearly 50 books and over 1,000 sermons; radio preacher of great renown, from the 1920s to the 1940s. Indeed, he was surely America’s most famous Christian minister of the 1900s, until the rise of Billy Graham. Why is he now so little known?

Facilitator: Christopher Vecsey is Harry Emerson Fosdick Professor of the Humanities, Native American Studies, and Religion at Colgate University and Chair of the Department of Religion. He has written many books covering issues of religion, Native Americans and representation.

Free to Life Long Learning Program members, $5 per class for all others