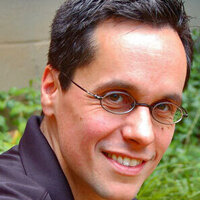 Tonio Andrade (Professor of Chinese History and Global History, Emory University) is an acclaimed figure in the new field of Global History, which focuses on commonalities and connections between the myriad societies on the planet rather than on traditionally-defined political or cultural units. His core geographical area of expertise is China, but his research focuses on interconnections in the Early Modern Period (1500-1800) and on comparative history.  Much of his work revolves around one central question: Why did western Europeans, who sat on the far edge of Eurasia and were backward by Asian standards, rise to global prominence starting in the 1500s, establishing durable maritime empires that spanned the seas?

His recent books include The Gunpowder Age: China, Military Innovation, and the Rise of the West in World History (Princeton, 2016), Lost Colony: The Untold Story of Europe’s First War with China (Princeton, 2011), and How Taiwan Became Chinese (Columbia University Press, 2007).