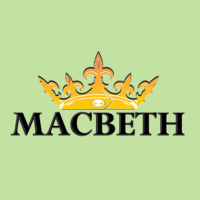 Join Arts at the Palace on Saturday, March 30th at 7pm for "Macbeth", presented by Kentucky Shakespeare. “Something wicked this way comes” in Shakespeare’s tragedy of a couple broken by their unchecked ambition and quest for power. Kentucky Shakespeare’s touring production features six actors, all veterans with the company. Grounded in the works of Shakespeare, Kentucky Shakespeare enriches communities by presenting accessible, professional theatre experiences that educate, inspire and entertain people of all ages.

Kentucky Shakespeare has been recognized by the Folger Library and the Kentucky Humanities Council for exemplary programming, is a multiyear recipient of the National Endowment for the Arts Shakespeare in American Communities program, and is a past recipient of the Kentucky Governor’s Award in the Arts. Kentucky Shakespeare has been awarded multiple LEO Weekly Reader’s Choice Awards, Broadway World Louisville Regional Awards, the 2015 Center for Nonprofit Excellence’s Art of Vision Pyramid Award, and the 2017 Louisville Awards in the Arts Bobby Petrino Family Foundation Arts Impact Award.

Arts at the Palace 19 Utica Street