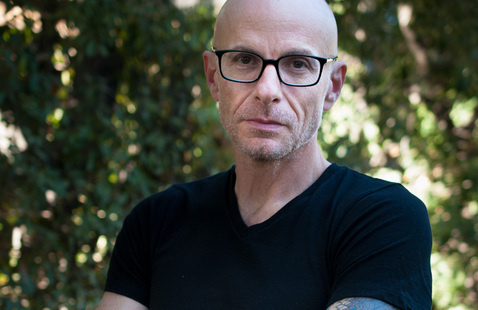 David Treuer, New York Times Bestselling author
Imagining Native America in the 21st Century
In the popular imagination Native American life ended, essentially, with the close of the frontier and the massacre at Wounded Knee Creek in 1890. But that's not true. So what can we, and what can we know--about Native life and about America more generally--if we dismiss the premature announcement of our collective death? What have Native people been up to since we were supposed to have died off and what does that mean about our country?

New York Times Bestselling author David Treuer is Ojibwe from the Leech Lake Reservation in northern Minnesota. The son of a Jewish Holocaust survivor and an Ojibwe lawyer and judge, Treuer grew up on the Leech Lake Reservation before attending Princeton where he worked with Toni Morrison and the University of Michigan where he earned his Ph.D. in anthropology. Treuer is the author of seven books—four novels and three works of nonfiction. He is the winner of three Minnesota Book Awards, the California Book Award for Nonfiction, the Housatonic Book Award, and was a finalist for the National Book Award and the Carnegie Medal. His writing has appeared in Harper’s, The Atlantic Monthly, The New York Times, LA Times, and The Washington Post, among others. He divides his time between his home on the Leech Lake Reservation and Los Angeles, where he is a Professor of English at The University of Southern California.

Co-sponsored by Department of History; Program for Native American Studies.