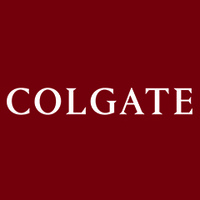 The Shoah Foundation Institute (SFI) was initially founded in 1994 as a repository of over 50,000 video interviews of Holocaust survivors but has now begun to explore how testimonies of the Holocaust will be reimagined in the 21st century. In 2014 it began its widely publicized Dimensions in Testimony project (DiT), which utilizes motion capture technology and artificial intelligence programming to render living Holocaust survivors as interactive witnesses who can “converse” with users long after survivors have passed away. This talk explores the historical and ethical implications of developing and adopting this technology to document experiences of the Holocaust and other genocides.

Noah Shenker is the 6a Foundation and N. Milgrom Senior Lecturer in Holocaust and Genocide Studies at Monash University in Melbourne, Australia, and the NEH Distinguished Visiting Professor in Jewish Studies at Colgate University. His research and teaching specializations traverse the fields of Holocaust and Genocide Studies; Jewish Studies; and Film and Media Studies. Some of his publications include his book Reframing Holocaust Testimony (2015) and the articles “Through the Lens of the Shoah: The Holocaust as a Paradigm for Documenting Genocide Testimonies” (2016); and “The dead are not around”: Raul Hilberg as Historical Revenant in Shoah” (forthcoming in 2019). He is also co- author with Professor Dan Leopard of the forthcoming article “Pinchas Gutter: The Virtual Figure of Holocaust Testimony as Embodied Archive.”