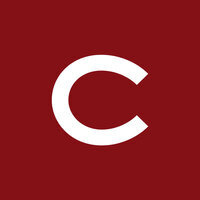 Global Cinema in the Heart of New York State

"...such a great town and a wonderful festival, so welcoming. It was so inspiring to be around so many young and talented film makers.

"Can't say enough about how wonderful SBE's Hamilton International Film Festival has been. Truly honored to have our film "My Hero" included and I want to thank Grant & Todd Slater and everyone else involved for such a great experience. Just amazing.
Hope you'll have us back next year!"

"SBE’s Hamilton International Film Festival presents an incredible opportunity to network with other ambitious filmmakers, exchange ideas and fundraising strategies while experiencing the charm of Hamilton, New York. The Hamilton Theater is a gorgeous venue and Grant Slater has put together a 5 star festival with a great selection of film, food and local beers. This is a must-attend festival that offers more than just frivolous laurels to it’s filmmakers… one could say that you leave Hamilton with a new group of friends that offer a different perspective on making and watching movies!"

"The charm and intimacy of the Hamilton International Film Festival makes it a MUST for all filmmakers. Grant and Todd Slater and the entire Hamilton community couldn't be more hospitable. I can't wait to make another film just so I can come back!!"

"It was an absolute honour to be part of such a well respected film festival. Thanks to the help, hard work and commitment from SBE my career in the UK has gone from strength to strength. My Single, Worry hit the iTunes Download chart and peaked at Number 6. The follow up track I've recently released has hit the viral UK Top 50 on Spotify and we have now put a European Tour together. Its thanks to people such as Grant believing in me from an early stage of my development that has helped me get to where I am now."

“Had a great time this past weekend in Hamilton, NY at the Hamilton International Film Festival with Tika Simone. "Five Dollars" was received with nothing but positive reviews from a beautifully sold out theater! Huge thanks goes out to Grant Slater and the Slater Brothers for being great hosts once again!"

We have safely arrived in Austria and I just wanted to thank you once again for the invitation, as well as the chance to present Noriko at your festival. I had a really great time, for it was one of the most intimate and passionate festivals I’ve ever been to.

It was a great experience to be part of the HIFF. Thank you for the support.

SBE's Hamilton International Film Festival is located in the beautiful Chenango Valley region of Central New York. Long known as weekend retreat for city dwellers from New York, Boston, Ottawa, and Toronto, the Chenango Valley boasts some of the most beautiful vistas in North America and has gained an international reputation for its cultural events, outdoor activities and academic institutions.

SBE's Hamilton International Film Festival is advertised in major industry magazines and newspapers, including the Syracuse Post-Standard, the Hollywood Reporter, Yahoo Entertainment, the Utica Observer, a variety of radio stations, and over 25 publications and online venues.