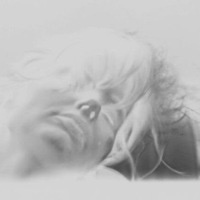 This screening celebrates the 30th anniversary of Ridley Scott’s 1991 road trip film Thelma & Louise, which has become—despite many controversies —a landmark of feminist cinema. When Thelma and Louise set out on a joyous vacation, their trip takes an unexpected turn that puts them on the run from the police. Their journey across the backroads of the United States is a tale of both self-liberation and foreclosed possibilities, of female friendship and the harrowing realities of rape culture. Preceding this feature, Jessica Bardsley’s recent short film Goodbye Thelma (2019) revisits this feminist classic decades later, synthesizing footage from Thelma & Louise with footage of her own making. The result is an updated and mysterious exploration of the uncertainties of traveling in the U.S. as a woman alone.

Trigger Warning: this screening deals with themes of sexual violence