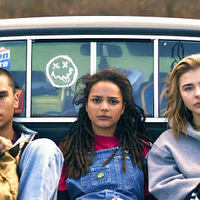 Join us for an online screening, followed by a Friday Q&A via Zoom. Links to the films will be provided a week before the Zoom discussion.

The Miseducation of Cameron Post is a 2018 British-American drama film directed by Desiree Akhavan (Appropriate Behavior, The Bisexual). The year is 1993, and Cameron Post (Chloë Grace Moretz) is sent by her parents to God's Promise, a gay conversion therapy center for teenagers, where she befriends two of her fellow "disciples.” The three teenagers bond over their mutual rebelliousness and skepticism of the camp's purpose, and mayhem ensues.

Co-sponsored by the Women’s Studies and LGBTQ Studies programs.