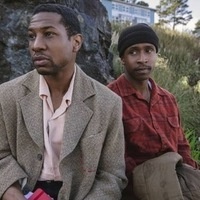 CANCELED DUE TO SEVERE WEATHER

Joe Talbot’s poetic directorial debut centers on the efforts of an African-American man, Jimmie (Jimmie Fails), to reclaim his childhood home in the Fillmore District of San Francisco. Frustrated with the rapid gentrification and rising rent, Jimmie and his best friend Mont (Jonathan Majors) seize an opportunity to visit the now vacant house and be free to finally re-explore it in its entirety. Things, however, do not go as smoothly as they planned. Described as “a gorgeous, moving ode to a city in flux,” The Last Black Man in San Francisco premiered at the 2019 Sundance Film Festival, where it won awards for Best Directing and a Special Jury Prize for Creative Collaboration.

Co-sponsored by Africana and Latin American Studies, the Department of Geography, and ALANA Cultural Center.