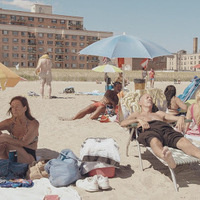 One of the best movies of 2019 according to Rolling Stone, Indiewire and Variety, The Hottest August gives us a window into the collective consciousness of the present. The film’s point of departure is one city over one month: New York City, including its outer boroughs, during August 2017. The film pivots on the question of futurity: what does the future look like from where we are standing? And what if we are not all standing in the same place? The result offers a mirror onto a society on the verge of catastrophe.