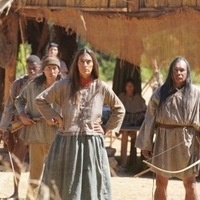 Exterminate All the Brutes is an internationally co-produced documentary miniseries revolving around colonization and genocide, directed and narrated by award-winning filmmaker Raoul Peck. This HBO docuseries, to be screened in two parts, provides a visually arresting journey through time, into the darkest hours of humanity. Through his personal voyage, Peck deconstructs the making and masking of history, digging deep into the exploitative and genocidal aspects of European colonialism from America to Africa, and its impact on society today. The result challenges the audience to re-think the very notion of how history is being written.

Co-sponsored by Peace and Conflict Studies