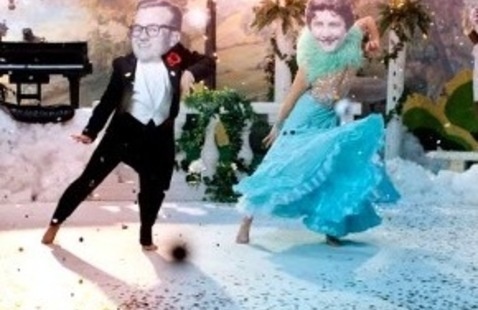 Watch the Film on Netflix - Don't have Netflix? Email nalexander@colgate.edu for a link

Winner of the Special Jury Award at the 2020 Sundance Film Festival, this innovative documentary lovingly chronicles the relationship between filmmaker Kirsten Johnson and her father, Richard “Dick” Johnson. Dick suffers from dementia, and the film imagines different ways in which he might ultimately die. In each scenario, the elderly Johnson plays along with his daughter's sometimes darkly humorous fantasies. As hailed by the Hollywood Reporter’s Todd McCarthy, this is “a serious attempt on a child's part to not only share some meaningful final moments with her father but to delay the inevitable by repeatedly imagining and even enacting it for the camera.”

Cosponsored by Sociology and Anthropology