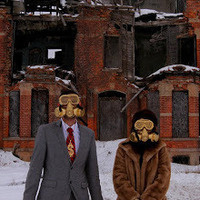 Heidi Ewing and Rachel Grady (Jesus Camp) offer a powerful portrait of a city going bankrupt. This 2012 award-winning documentary focuses on the decline of Detroit, Michigan, due to long-term changes in the automobile industry, and its effect on the city's residents and infrastructure. The three Detroiters who are profiled are video blogger Crystal Starr, nightclub owner Tommy Stephens, and United Auto Workers local President George McGregor, each of whom reflect on their own experiences and share their observations about the city, its problems, and its opportunities.

Co-sponsored by the Department of Geography.