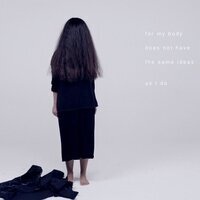 Tafakory reflects on the topic of eroticism and "jouissance" in Iranian post-revolutionary films in her video-essay on Kamal Tabrizi's 1999 film Sheida, along with Tafakory's 2018 short film I have Sinned a Rapturous Sin (10 min). Followed by a Q & A with artist.

Beginning in 2014, the Film and Media Studies program has held this residency each fall, in collaboration with The Flaherty, a New York City-based nonprofit organization committed to documentary film. The filmmaker-in-residence and the Flaherty curators join us on campus for five days for a series of public screenings, installations, and moderated lectures, as well as class visits in a range of departments and programs.

This event is made possible thanks to the generous support of University Studies and the Office of the Dean of the Faculty, and in collaboration with The Flaherty.