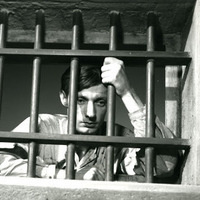 This canonical French film is based on the memoirs of André Devigny, a member of the French Resistance held in Montluc prison by the occupying Germans during World War II. Inspired by true events, Bresson was hoping to achieve “great purity” by using nonprofessional actors. A Man Escaped was entered into the 1957 Cannes Film Festival, and has been one of Bresson's most renowned works since its initial release.