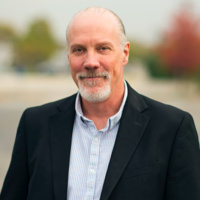 The Horizons Series: Education in a Post-Covid World: Reimagining the Idea of School for an Increasingly Uncertain Future

The pandemic is but one of a number of crises that we are struggling to navigate in this moment: racial and social injustice, inequity, the decline of democracy, an “infodemic” of mis and disinformation, and the increasing threat of climate change are among the others. It’s fair to ask and interrogate in each case how current systems and narratives of education have contributed to these struggles. As traditional approaches to schooling increasingly begin to break down under the weight of deepening irrelevance and an Internet-driven freedom to learn without the institution, the salient question becomes what will follow? And how will we see education as a path for extricating ourselves from the challenges in front of us? Those answers require truth-telling and fearlessness. This talk will explore some ways to think about a reimagination of school and education for a very different world.

A former public school educator of 22 years, Will has spent the last 15 years developing an international reputation as a leading thinker and writer about the intersection of social online learning networks, education, and systemic change. Most recently, Will is a co-founder of The Big Questions Institute which was created to help educators use “fearless inquiry” to make sense of this complex moment and an uncertain future. In 2017, Will was named one of 100 global “Changemakers in Education” by the Finnish site HundrED, and was named one of the Top 5 “Edupreneurs to Follow” by Forbes. He has given keynote speeches, led breakout sessions, and provided coaching services in over 30 countries on 6 continents. (Come on Antarctica!) He has also authored six books that have sold over 200,000 copies worldwide, and given TEDx Talks in New York, Melbourne, and most recently Vancouver. Will has two adult children, Tess and Tucker (who is a co-captain on the Colgate Basketball team), and lives in rural New Jersey with his wife Wendy.