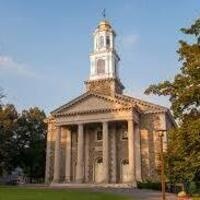 "What does it mean to become a Buddhist nun in post-Mao Tibet?"

The Colgate Buddhist Community welcomes Dr. Yasmin Cho, postdoctoral research scholar in the Department of Anthropology at Columbia University, for this brown bag talk. By looking ethnographically at the experiences of three Tibetan nuns who are connected to Yachen Gar, a large monastic encampment in eastern Tibet, where Dr. Cho conducted field research until 2016, she will address how (im)mobility has become a fundamental feature of the lives of Tibetan nuns in contemporary Tibet. In particular, Dr. Cho shows how Tibetan nuns invent for themselves alternative routes, paths, and spaces toward Yachen and nunship, both literally and metaphorically, that resist traditional pathways and norms. Dr. Cho hopes that this talk will allow us to think differently and critically about what it means to become a Buddhist nun in politically volatile Tibet; and eventually to consider how (im)mobility is often essential to exercising human subjectivity.

It is generally assumed that the lives of Buddhist nuns should be as static, stationary, and undisturbed as possible, since Buddhist practices (the long hours of meditation, for example) require solitude and a peaceful environment. Despite the veracity of this assumption, however, in the post-Mao Tibetan context, it would be a simplification to assume the lives of nuns as only being quiet and immobile. Dr. Cho argues that Tibetan nuns secure tranquility in their lives through various forms of mobility that they exercise as a response to the political and gendered contexts on the Tibetan plateau. And their mobilities have become an essential part of the emergence and expansion of the Tibetan Buddhist revival in post-Mao Tibet.