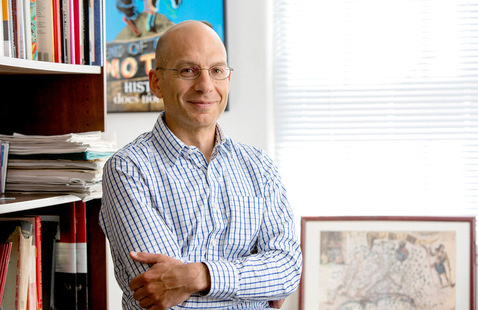 The United States expelled 80,000 Indigenous Americans from their homelands in the 1830s, launching one of the first state-sponsored mass deportations in the modern era. Claudio Saunt explores how this pivotal moment changed the lives of Native peoples, shaped the course of the American republic, and influenced other imperial powers around the world.

Claudio Saunt is Richard B. Russell Professor in American History, Regents’ Professor, and Co-Director of the Center for Virtual History at the University of Georgia. He is the author of four books, including West of the Revolution (2014), Black, White, and Indian (2005), and A New Order of Things (1999). His most recent book, Unworthy Republic (2020), was awarded the Bancroft Prize, the Robert F. Kennedy Book Award, and the Ridenhour Book Prize, and was a finalist for the National Book Award.

Event co-sponsored by the Department of History, Native American Studies Program, and the Division of Social Sciences.