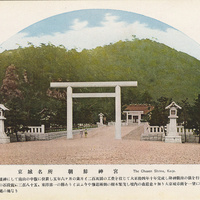 During the first half of the twentieth century, Japan colonized much of East Asia, including Taiwan, Korea, and parts of China. The Japanese empire’s growth posed acute questions of racial identity, political allegiance, and social mobility for both colonizer and colonized. During the 1930s, debates embroiled Protestant Christian communities in Korea whether students at private schools run by missionaries should bow at government-mandated Shinto Shrine ceremonies. Refusal risked arrest or even closure of these educational institutions. Despite official assurances that bowing was merely a non-religious, patriotic expression of loyalty to the Japanese emperor, many Christians believed these ceremonies had spiritual elements. However, neither missionaries nor mission school students uniformly rejected colonial demands. Instead responses were multi-faceted. The fraught question of bowing at Shrines transcended religion, forcing difficult decisions for Koreans, Japanese, and Americans.

Paul Cha ’98 is a Colgate history alumnus who is now Assistant Professor of Korean History and Director of the Korean Studies Program at the University of Hong Kong.