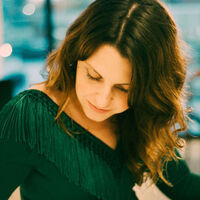 Having won numerous songwriting awards from industry mainstays like the Kerrville Folk Festival, Spence has long been regarded as a best-kept secret in her scene, earning admiration from esteemed artists like Miranda Lambert and from her own fellow writers in the Nashville underground. Her debut for Rounder Records, Mint Condition follows Spades and Roses—a 2017 release praised by American Songwriter as “an album of stunning beauty and lasting impact.” In bringing Mint Condition to life, Spence worked with producer Dan Knobler (Lake Street Dive, Erin Rae) and recorded at his Nashville studio Goosehead Palace, landing a guest appearance from Emmylou Harris and enlisting musicians from Spence’s previous projects and live band. “It’s wonderful to step into a room full of people who already know me,” says Spence. “They have this unspoken understanding of my instincts, so it made the whole process really comfortable and collaborative.”

The third full-length from Caroline Spence, Mint Condition is an album narrated by people in various states of searching: alone on faraway highways, restless on rooftops in glamorous cities, stubbornly chasing their deepest dreams against all better judgment. With her poetic clarity and precision of detail, the Nashville-based singer/songwriter reveals the risk in setting out on an unconventional path, and subtly makes the case for living your own truth without compromise or fear.

Doors open at 7:30pm. We will have fresh coffee from FoJo Coffee Roasters and sweet treats from Flour and Salt Bakery. All items are $1 a piece. All proceeds will be donated to the Earlville Opera House.

Admission is free and open to the public. We expect demand to be high for this performance and ask that you please reserve your free general admission ticket on this site.

(Those without tickets are still encouraged to come, but will be admitted based on availability.)