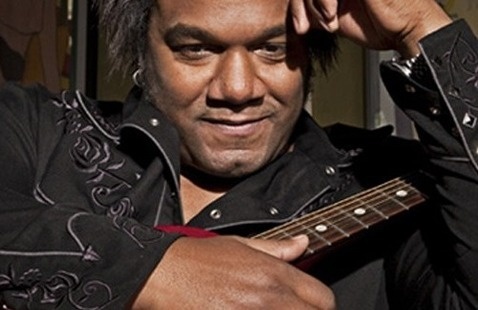 Brown Commons Coffeehouse is thrilled to welcome Jeffrey Gaines and his soulful sound to the stage. Critics at The Boston Globe declared that “Gaines’ soulful, wounded vocals make a case for his being one of pop’s finest singers…an artist who deserves far more attention than some of his more hyped, yet less talented peers.” Mojo noted, “This established soul-folkie’s sexy growl has an underlying edge, making it a memorable album. Heartfelt unpretentious.”

Raised in Harrisburg, PA by parents more inclined to spin soul classics by Aretha and Otis than the New Wave and Brit Rock blasting from their son’s room, a teenaged Jeffrey Gaines began singing and playing guitar in several local garage bands. He soon decided to set out on his own and quickly landed a record deal, releasing Jeffrey Gaines, the first of his five studio releases. The album garnered four stars from The Philadelphia Inquirer, describing Gaines as “…an ethereal soul…insistent, impassioned, full of self-knowledge.” Somewhat Slightly Dazed, and Galore followed. Interview Magazine called Gaines’ music “soul-searching” and “refreshingly free of jargon, sentiment or cliché.”

Brown Commons is dedicated to introducing our community to live musical performances by both established and emerging artists full of talent. We are also dedicated to building a stronger community by bringing people to together to share the experience of live music. We hope to see you at one of these performances in the near future.

Show starts at 8pm!!! We'll be in 110 Broad St. Look for the big house at the corner of College St. and Broad St. We'll have coffee and sweet treats. We ask that all attendees be vaccinated and masked to prevent the spread of the coronavirus.

Admission is free, so go ahead and reserve your spot now.