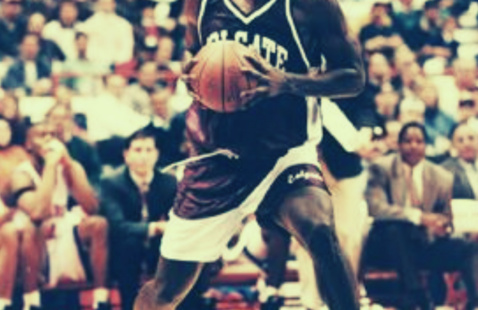 Join us for a book signing with Adonal Foyle on Saturday, May 18th from 2pm - 3pm! Copies of his books will be available for signing and purchase.

Retired NBA player and former Colgate standout Adonal Foyle is the founder and president of two nonprofit organizations, Democracy Matters and the Kerosene Lamp Foundation. A native of St. Vincent and the Grenadines, Foyle has written several books, including the children’s book “Too-Tall Foyle Finds His Game,” detailing his life experience on the small island. Foyle was adopted by two Colgate professors at age 15. He played basketball with the Raiders for three seasons, leading Colgate to two NCAA tournament appearances, before being selected as the eighth overall pick in the 1997 NBA draft. Foyle received his bachelor’s degree from Colgate in 1999, which laid the foundation for his higher education journey.