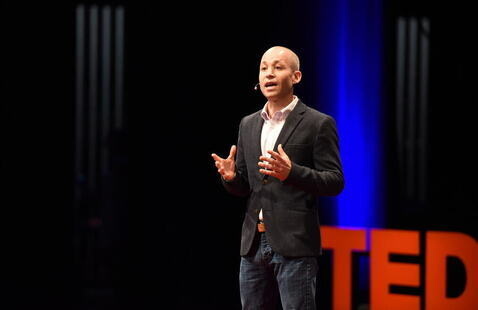 Chip Colwell is the founding editor-in-chief of SAPIENS, an online magazine about anthropological thinking and discoveries for the general public. He received his PhD from Indiana University and was the Senior Curator of Anthropology at the Denver Museum of Nature & Science for 12 years. He has held fellowships with the American Academy of Arts & Sciences, Rockefeller Foundation, and J. William Fulbright Program. He has served on the editorial boards of the American Anthropologist, American Antiquity, International Journal of Cultural Property, and was elected to the Society for American Archaeology board of directors. Numerous grants have supported his research, including from the Wenner-Gren Foundation, National Endowment for the Humanities, and National Science Foundation. Colwell has published more than 50 academic articles and book chapters, and 12 books. He is the recipient of numerous honors, including the Gordon R. Willey Prize of the American Anthropological Association, Mountain-Plains Museums Association Leadership and Innovation Award, Society for Historical Archaeology James Deetz Book Award, Council for Museum Anthropology Book Award, and two National Council on Public History Book Awards.﻿﻿

This annual lecture is in honor of Eric J. Ryan (1930-1971), who joined the Colgate faculty in 1958 and from 1965 until his untimely death, was the Chairman of the Department of Fine Arts.