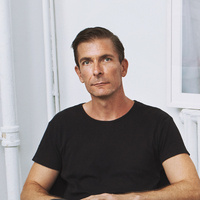 Alex Schweder, born in New York City, 1970, coined the term “Performance Architecture” in 2007 to encapsulate the understanding of architecture that it both gives cues for how we are to behave and offers itself as a prop for inhabitants to form and perform their identities. His work along these lines has been exhibited and collected internationally including the Museum of Modern Art, the Tate Britain, Perform 17, the Tel Aviv Museum of Art, the San Francisco Museum of Modern Art, and the 2014 Venice Architecture Biennale. He is a fellow of the American Academy in Rome and currently lives and works in New York City.

Co-sponsored by Film and Media Studies