Anthony Aveni Lecture Series-“Daily Life and Social Status in America’s First Metropolis: A View from the Center and Periphery of Teotihuacan, Mexico.” 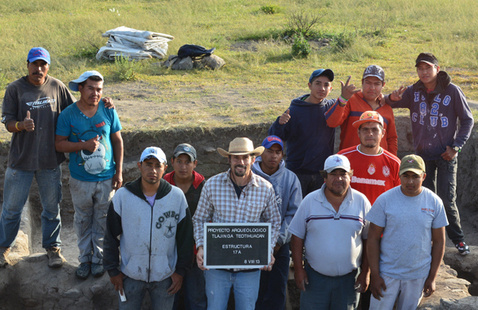 Between approximately 2000-1500 years ago the monumental pre-Aztec city of Teotihuacan developed as America’s first metropolis, with a total population surpassing 100,000 and a multi-ethnic composition, featuring five or more different native language groups.  Unlike other cities of the premodern world, daily life at Teotihuacan was structured into an almost exclusive pattern of apartment living, with large multi-family residences organized into neighborhoods all arranged along a relatively standardized grid plan.  In this talk I draw on my recent excavations in the center of the city and on its southern periphery in order to probe the development of this urban organization and compare the similarities and differences in the households of Teotihuacanos who lived at different ends of the socioeconomic spectrum.  I also contextualize these issues for the present, including ongoing community-based initiatives in the periphery of the city, where archaeological concerns for site preservation in the face of contemporary urbanization of greater Mexico City need to be reconciled with community interests in establishing and growing their own households.