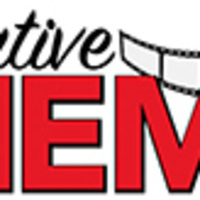 This week we bring you four groundbreaking short films from the world of avant-garde cinema, films that challenge normative representations of gender, sexuality, and the human body on and off the screen. Maya Deren’s Meshes of the Afternoon (1943) is a sublimely recursive and mind-bending meditation on the interaction between experience and memory, domestic banality and violence, imagination and causation. Carolee Schneeman’s Fuses (1974), as The Guardian describes it, is “a notorious masterpiece...a silent celebration in color of heterosexual love making.” Dyketactics (1974), in the words of the filmmaker Barbara Hammer, is a popular lesbian “commercial,” a series of sensual images linked through “kinaesthetic” editing. Finally, Hammer’s Sanctus (1990) is a reflection on the co-fragility of both human existence and the film emulsion, the artist’s raw material.

This announcement will be updated with the screening link once available.

This series is made possible by the Department of Art and Art History, the Film and Media Studies Program, the Colgate Arts Council and a  generous grant from the New York State Council on the Arts with the support of Governor Andrew M. Cuomo and the New York State Legislature. Programmed by Ani Maitra  and  Yi Cui