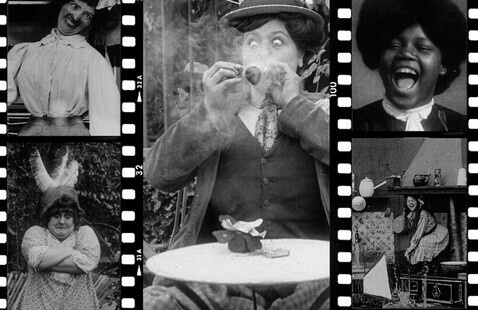 Cinema’s First Nasty Women is a project featuring rarely-seen silent films about feminist protest, anarchic slapstick destruction, and suggestive gender play. The collection includes 99 European and American silent films, produced from 1898 to 1926, sourced from 13 international film archives and libraries, and spotlighting slapstick comediennes and cross-dressing women of the silent screen. In this screening, we will present a selection of short films from the project.