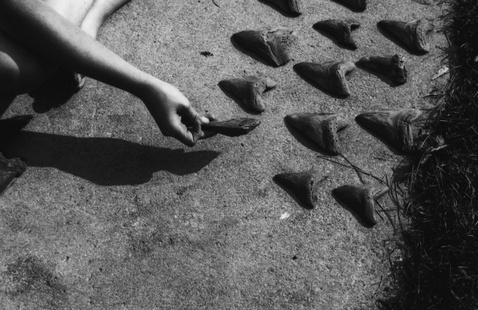 Named for Canadian multidisciplinary artist Michael Snow’s masterpiece, Wavelength (1967), the Wavelengths program at the Toronto International Film Festival was established two decades ago as a space for experimental and avant-garde cinema, and has evolved over the years to include artists’ films and video art. Wavelengths is dedicated to film as art: works that push aesthetic, formal, and often political boundaries. It consistently explores film and video works made by artists with diverse practices, and who work both within cinema spaces and those of galleries and museums.

While the intersections between film and art have become increasingly porous, theorized and debated with interchange (sometimes fluid, sometimes tense) between festivals, biennales, cinematheques and museums, the gap between the film and art worlds – economic, stylistic and discursive – seems to cyclically extend and recede along both art historical lines and those of film history. This concise selection presents works standing at the current intersection between film and art and highlights filmmakers who have presented at Wavelengths or who share its ethos. It includes some of today’s outstanding moving image artists employing the tactile and sensual qualities of film and video to variously explore diaristic tendencies, poetic montage, portraiture, and the subtle yet complex implications of travel, tourism, and historical dislocation. Throughout, evocations of the traditions of still life, photography, and the sly usurping of cinematic tropes encourage us to think critically about our relation to the world through artistic representation.

Sponsored in part by: