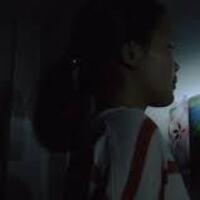 Discussion with Filmmakers via Zoom on Tuesday, Sept. 14

Sunken Cave and a Migrating Bird (10min) by Qiuli Wu

The Normal People by Marianne Thodas

Sunken Cave and A Migrating Bird

Between a dilapidated building and a zoo, humans and animals are trapped. Out of boredom, two siblings decide to steal a fish from the artificial lake. Wandering about, they gradually realize their surroundings seem to echo mysteriously with the past of the land......

Sponsored in part by: