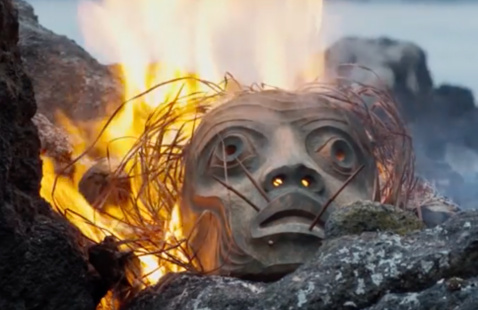 On a wintry beach lined with conifers, the body of a teenage boy washes up on the grey sand. A young man named Adiits’ii feels responsible for this death, as he had taken the boy out in a boat on choppy waters. It is this tragedy that serves as the focus of this film. The story, steeped in the supernatural, centers on the universal themes of family, love, loss, and betrayal. What is less universal is the language of the film; according to the First Peoples’ Cultural Council, there are only 20 remaining fluent speakers of the Haida language, making it critically endangered. The making of Edge of the Knife was a powerful process that endeavors to bring the Haida language back to life.