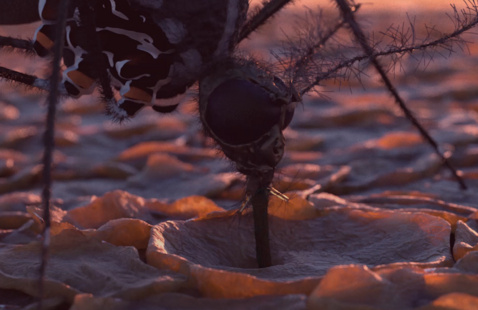 Andrew Norman Wilson is an artist and curator based in Los Angeles whose videos and installations address a heady rush of images, technology, and bodies caught in the streams of circulation and representation that our era demands. Recent and forthcoming exhibitions include Dreamlands at the Whitney Museum of American Art (2016), the Gwangju Biennial (2016), the Berlin Biennial (2016), the Bucharest Biennial (2016), and On Sweat, Paper and Porcelain at CCS Bard in Annandale-on-Hudson, New York (2015), and Office Space at Yerba Buena Center for the Arts in San Francisco (2015), among others. This program includes five short vidoes by Wilson along with Mark Leckey's Green Screen Refriderator (2010).