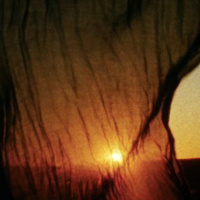 Alternative Cinema: The Sea in their Blood, 350MYA, and Territory

Place and geography are examined in these three documentaries, which probe the oppositions between the present and deep time, urbanization and the undomesticated vestiges living along side it, and the desire to know-all in a world filled with contingency and chaos. Terra Long’s exquisite 350 MYA observes the long disappeared Rheic Ocean through the sand dunes of Morocco’s Sahara desert. Eleanor Mortimer presents a tragicomic portrait of Macaque monkeys wreaking havoc across the streets of Gibraltar in Territory. In Peter Greenaway’s rarely screened gem The Sea in their Blood, the relationship between the English and the water surrounding them is detailed by a narrator who at first appears to be a fastidious well of knowledge, but who may not be reliable.